Why I Love The Ouya

You're probably familiar with the story of the Ouya, the infamous Kickstarter that raised over $8million in summer 2012.

The premise was pretty simple, a low cost Android-based gaming console that you can play on your TV and use a controller with.

It's fair to say that the system has failed to set the world alight as yet, some early hardware problems and pretty poor PR from the parent company have tarnished its image somewhat with gamers, however it does make a fascinating little system for those of us who go a little deeper than the surface.

One of the virtues of the system that Ouya have actually publicly promoted is the ability to emulate classic gaming systems.

In fact they received some accusations of endorsing piracy when they posted this (now redacted) Tweet recently: 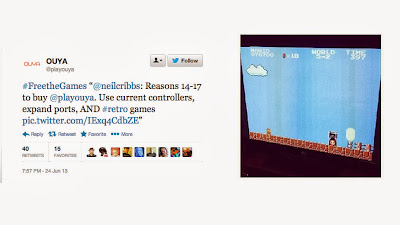 It's not the aim of this blog to argue the rights and wrongs of using 30 year old ROMs, but if you do have a desire to own a very portable, easy to use emulation box - the Ouya is it! 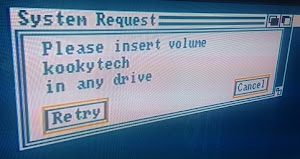